Central Pattana plans 37 hotel projects in 27 provinces in five years under a new standard, reinforcing its vision of retail-focused mixed-use development in which hotels are a key component.

Bangkok, Thailand – Pattana Center plc., a global sustainable real estate company and developer of Central shopping malls, residential projects, office buildings and hotels across Thailand, continues to implement its five-year plan to grow its hotel business, targeting 37 projects with an investment budget of 10 billion baht with a strategy to create a new standard for hotel stays and become the pioneer of Thailand’s travel ecosystem.

Central Pattana wants its hotel business to cater not only to tourism but also to other types of travel, including leisure, business and work, which will strengthen the company’s role as a leader in the promoting the potential of various cities, including main and secondary cities, tourist cities and industrial cities in 27 provinces nationwide. The plan will also help boost the local economy and is expected to create up to 3,900 jobs locally.

In managing hotels and providing world-class services, Central Pattana will partner with Centara Hotels & Resorts, its sister company within the Central Group. The first of the new hotels to be launched will be Centara Korat in September 2022, which will also allow Central Korat to be the most comprehensive mixed-use project in the northeast region.

Upon announcing its business plan and plans, Central Pattana held a press conference chaired by the Minister of Tourism and Sports, Mr. Phiphat Ratchakitprakarn and joined by senior company executives.

Mr. Phiphat RatchakitprakarnMinister of Tourism and Sports, in a speech on his vision, said: “As Central Pattana reveals its plans for its hotel business across the country, I believe the company will be a key force in boosting the Thai economy. , elevate the tourism industry, create jobs and distribute income to local communities in primary and secondary tourist towns.

“This is in line with the policies of the government and the Ministry of Tourism and Sports to promote a ‘recovery of the country through tourism’ which will lead to the ‘recovery of the global economy’. The ministry is planning new products to revitalize the domestic tourism, targeting high-growth groups such as staycation travellers, working travelers and digital nomads Central Pattana’s plans to expand its hotel business and mixed-use development projects will support the ministry’s efforts and will boost the country and the economy,” he said. 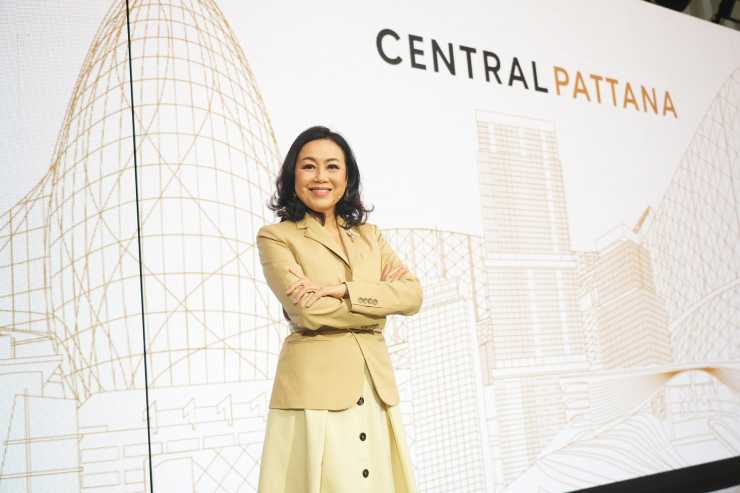 M/s. Wallaya ChirathivatChairman and Chief Executive Officer of Central Pattana Plc., said: “As part of the ‘Imaging Better Futures for All’ vision, the Pattana Center has become a force to lead Thailand in various aspects. Central malls have played a key role in boosting the economy at the macro level and supporting communities across the country. We expect the expansion of our hospitality business to contribute equally to the country and communities. Under our five-year plan, we plan to operate 37 hotel projects in 27 provinces with more than 4,000 rooms in total by 2026, with an investment budget of more than 10 billion baht. We seek to create and implement high standards for all of our hotels to become the #1 choice for domestic travel and to pioneer the travel ecosystem. » 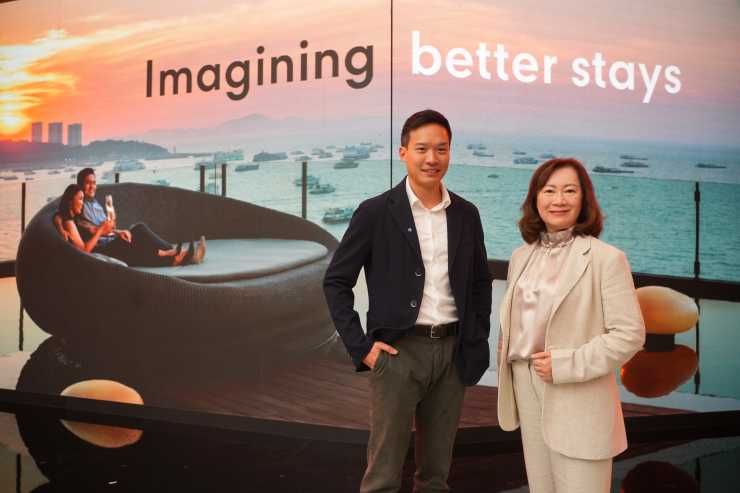 According to Ms. Wallaya, Central Pattana will implement three strategies which are:

1. Complete travel ecosystem
The company believes that hospitality should not only cater to tourism, but also to travel for other purposes including leisure, business and work. With such a prospect, it will be able to target both Thai and foreign travelers.

2. Create a new travel lifestyle standard
Central Pattana seeks to create a new standard for hotel stays nationwide. Its brands will cover all market segments in synergy with other businesses under Central Pattana and Central Group.

3. Co-create with communities
The company wants to partner with communities and promote their identities, which can be used to generate revenue for community members and local businesses.

“Each province in Thailand has the potential to support travel for various purposes. The expansion of the hotel project, including the extension of the Central Pattana mixed-use project, is expected to have a positive impact on travel. This gives Thais more new destinations to travel to and foreigners have more accommodation alternatives. Wallaya said. Mr. Phoom ChirathivatHead of Hotel Property in Central Pattana, said: “We see that there is an opportunity to build on the success of our current hotel business. The same opportunity can also be used to build the potential of cities and provinces in Thailand.”

“We believe that our hotel business can create a big impact, just like other businesses in Central Pattana have, because of the strength of the business, good locations, good range of brands that cover all segments and a partnership with other businesses under Central Pattana and Central Group. A stay at our hotel will be a “seamless journey” different from other hotels in the market.” he said.

Central Pattana’s three hotel brands will each focus on operating in certain segments and locations, he said. Centara, a high-end brand, Centara One, a mid-range lifestyle brand, that the two brands will for the first time implement the concept of “Bleisure”, which is a mix of business and leisure to meet travel versatile. Finally, go! Hotel, a premium budget brand. Some locations in the pipeline are such as Korat, Ubon Ratchathani, Ayutthaya, Rayong, Si Racha, Chonburi and Chiangrai. “The first project ready for launch is Centara Korat, the first hotel of an international level chain in the city of Korat, with an expected launch in September this year. Korat is a gateway to the northeast region and Central Pattana already has a mixed-use project, Central Korat, there. We found that the hotel market in Nakhon Ratchasima province has great potential and the average occupancy rate tends to be longer. Our target customers include Korat locals, individual and group travelers from other provinces, including those visiting Korat for MICE business, and business people who need to travel to Buriram, Udon Thani and Khon Kaen » said Mr Phoom.

“Furthermore, Centara Korat hotel project also caters to the lifestyle of living and using the hotel service that meets the diverse needs of customers as the best hotel and dining destination in Korat. For example, staying in a room that can accommodate multiple generations of guests, hosting events and meetings with fully functional modern rooms and, for the first time, dining at the all-day “House of Kin” buffet for all generations, while enjoying the rooftop restaurant overlooking the city of Korat.

Whether it’s staying in a room that can accommodate guests like Multi-Generation, hosting events and meetings with fully functional modern rooms, and dining for the first time in the “House of Kin” buffet all day and for all generations, while enjoying the Rooftop restaurant which offers a view of the city of Korat. And don’t miss shopping at Central Korat which offers benefits for The 1 members. Points can be used at hotel restaurants or transfer the 1 points to Centara The 1 via The 1 app to also pay for the room .” he said

Mr. Thirayuth ChirathivatCEO of Centara Hotels & Resorts, said: “The partnership between Centara and Central Pattana combines the distinct strengths of two industry leaders, creating a true Central Group strength that will deliver exciting new hospitality concepts, set new standards in the Thai hospitality landscape and drive the country’s economy. Centara has worked successfully for many years with Central Pattana to manage the Centara Hotel & Convention Center Udon Thani, and we are delighted to now be working together on a host of new projects across the country, to deliver the very best hospitality experiences. and most relevant to Thai people. and foreign travellers.

“We are committed to making Centara Korat the number one destination and “The Place to be” in the city, meeting the diverse needs of all travelers and local residents. With Centara’s international standard of service and Central Pattana’s expertise in project development, each of our hotels will be tailored to meet the unique demands of its guests and locations. We have ambitious expansion plans both internationally and overseas and our collaboration with Pattana Center will significantly contribute not only to the growth of our business in Thailand, but also to the overall performance of the the country’s tourism and travel sector and overall economic recovery. he said. Centara Korat will celebrate grand opening in September 2022 and will be the latest addition to the Central Korat mixed-use project, which currently includes a Central Mall and an ESCENT condominium. The project has an investment value of over 10 billion baht.

Pattana Center Steps into New Future with Brand Lens “Imagine a better future for all” create and develop quality places with respect for people, the community and the environment, while energizing the economy and the country.