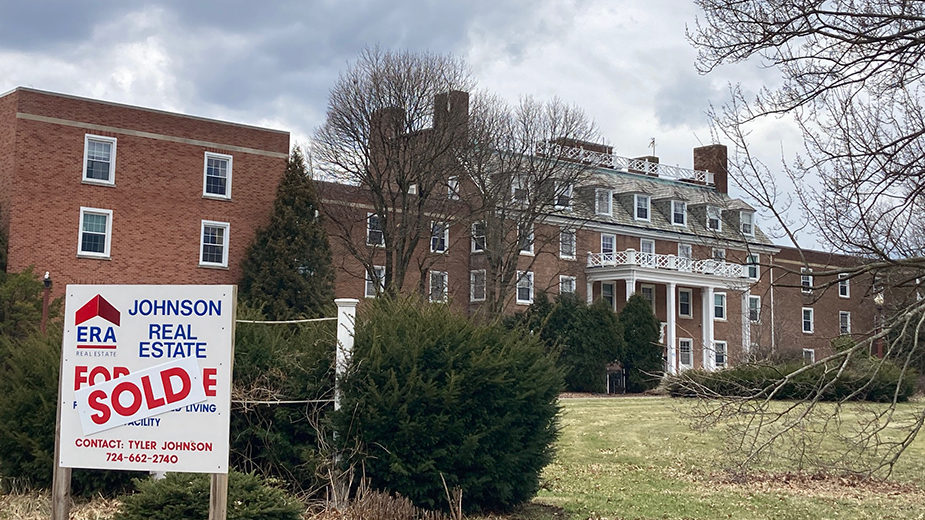 SHARON, Pa. — A New York-based boutique hotel developer plans to restore the former Shenango Inn to its former glory and reopen it.

Michael Yanko of The Yanko Group bought the property for around half a million dollars last month.

He plans to spend about $5 million more to renovate the property at 1330 Kimberly Road, including reopening the inn’s once-popular Golden Lion restaurant under the same name.
The plan is now awaiting action from the city council.

Yanko, who presented his project at a council meeting earlier this month, said the hotel would be a place “where business could happen” as well as an entertainment hub. “Guests would be 25% corporate, 60% leisure and 15% business,” he said.

The hotel is said to be similar to Hotel Nyack in Nyack, NY, which Yanko’s group renovated and opened as a luxury brand in 2016. The property is now branded as Hotel Nyack by Hyatt Hotels.

The Shenango property is said to offer beautiful accommodations with an emphasis on cleanliness and will use the Jurny app which allows guests to manage all person-to-person contactless transactions, according to Yanko. Jurny is a Los Angeles-based hotel technology company.

A theme of the Shenango property will be wellness, Yanko said.

“It will be very elegant with a touch of warmth,” Yanko said. “It will be clean and safe. The rooms will be made sterile [after each guest leaves].”

Guests will be able to exercise in their own rooms and will benefit from in-room aromatherapy, purified water and maximum cleanliness of “everything that touches the skin,” Yanko said.

All furniture will be purchased from American manufacturers, he said.

The restaurant will have a club element. “Locals can be members and enjoy the facilities without staying in the rooms,” he said. Yanko said he plans to seek partnerships with area facilities such as golf courses.

The hotel-restaurant would have a banquet hall that could be hired out for weddings and events, as well as meeting rooms, and would employ up to 65 people, Yanko said.

According to its website, the Yanko Group is “a luxury lifestyle company with vested interests in property development, technology and wellness.”

The four-story Shenango Inn, located in a quiet residential area two blocks north of East State Street, opened in 1950 and operated as an upscale hotel and restaurant well into the 1980s.

With the construction of an expansion in the 1950s, the hotel had over 90 rooms. In 1960, then senator. John F. Kennedy spent the night there when he was in Sharon for a fundraiser.

The Shenango Inn’s fortunes began to decline in the 1970s.

The late James E. Winner and his wife, Donna, purchased it in 1979 and operated it. The Winners sold it in the late 1980s after which it was turned into a personal care home.

The building has been vacant for three years.

Pictured above: The former Shenango Inn in Sharon, Pennsylvania is reportedly undergoing a major renovation at the proposal of a developer.

Booking, online booking services will be unavailable from 11:45 p.m. here’s why