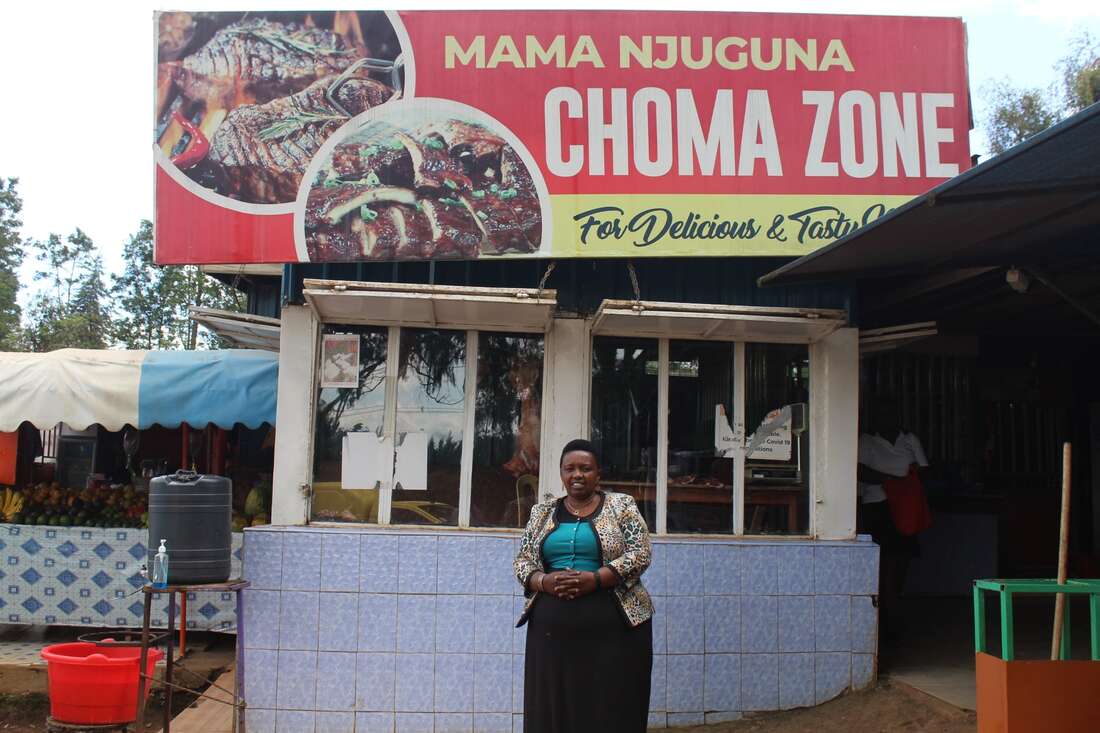 From food vendor to building an 80 million shilling hotel

When Lucy Wangare Muchiri dropped out of Lari Secondary School in 1983 to get married after becoming pregnant at the age of 15, she began a difficult journey.

She would never have imagined her current fortune: the owner of a thriving hotel ‘Mama Njuguna’ in Kitale and the ongoing construction of her 80 million shillings hotel near Kitale Bus Park.

Ms Wangare, who was born in the village of Gethithia in Kiambu County, had joined the school in 1982 through her uncle and renowned author Ngugi Wa Thiongo who later went into exile, making it difficult for her to pursue his studies.

“When he went into exile, that financial aid ended and I had to move to my mother’s house where I used to walk to school,” she said in an interview. .

Sometimes Ms. Wangare relied on elevators to get to school, and one of these elevators cost her education and became the source of her difficult challenges.

In one of the lifts, the driver could not let her off at school but instead took her to Nairobi where they ended up living together. The man got her pregnant.

“The man later asked for my hand in marriage, after which we moved to Cherang’any in Trans Nzoia County,” she said, noting that life was hard for them.

The man then started abusing her.

“There was a time when he beat me when he learned that I had set up a Mokimo business in Kitale town,” she says.

The couple attempted to start a business in Burnt Forest, Uasin Gishu, but were forced to leave the area following ethnic clashes.

In early 2000, her husband’s health began to deteriorate and he eventually passed away. Although it was tragic as she had lost her partner, Ms Wangare was now free to venture into the business she was passionate about.

She returned to her first love of selling food, cooking at several ceremonies, where she perfected the art of food making.

Her turning point was when a pastor gave her 800 shillings for her cooking services. The money, as small as it sounds, became the seed capital that now sits at the center of his multimillion-dollar business.

She started selling food in Kamukunji under a big tree in Kitale town. But she usually drew the ire of the city council for breaking the Public Health Act which prohibits the public sale of unhealthy foods.

“The Askaris Council and even the police were still on our case, but we still managed to sell food,” the entrepreneur told Enterprise.

She used to sell githeri at Sh5, chapati Sh10 and tea Sh10 to low income people.

“I used to buy three to four packets of flour to make Chapatis and in one day I could earn between Sh500 and Sh1,200,” she says.

Ms. Wangare attributes her success mainly to her saving habit. When her business started doing well, she started saving 600 shillings a day. This grew to Sh200,000 which she used to set up a hotel in the town which she named ‘Mama Njuguna Hotel’.

The hotel has become popular, she says, for “affordable sweet tea.”

“The hotel was an answered prayer since I made a covenant with God to serve him diligently and asked him to boost my business. My income has increased and I have offered job opportunities to many young people,” says Mama Njuguna.

At the hotel, she sold chapati for Sh20, githeri for Sh10 and tea for Sh20 after increasing the flour from four packets to four balls a day.

The hotel grew rapidly to the point that it created another Nyama Choma joint in town on the Kitale-Eldoret road named ‘Mama Njunguna Choma zone’.

Thanks to good yields, she was able to educate her four children. She also returned to school at age 48.

“I had to explain to the colleagues I studied with that money alone is not enough. I needed to know how to run my business and how to interact with others in a formal meeting,” says Mama Njuguna, who got a D- grade.

“I currently have 40 employees. I also mentored several of my employees. I have helped other people to continue their studies. I helped start their own business.

“When I started as a food vendor, I dreamed of owning a big hotel,” she says.

This dream is almost a reality as his modern hotel takes shape.

She bought the land on which the hotel stands for 1 million shillings.

Ms. Wangare is also an activist against gender-based violence. She mobilizes women to stand up for their rights and always ask for help “when it’s not too late”.

“Women are very important in the growth of any society and they have the potential to realize all their dreams. I challenge every woman to commit to her dream and stop falling prey to abuse,” Ms Wangare said.

She is also a motivational speaker in schools and churches, teaching young women and girls lessons on how to start a business.