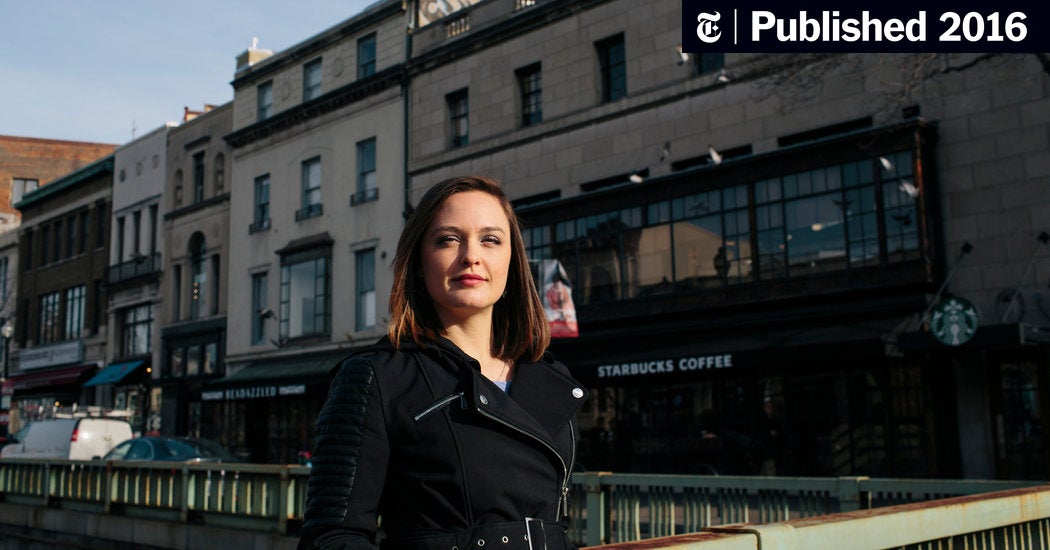 For the past six months, Erin Gifford, a Washington-based marketing manager, has been traveling on business at least once a month, mostly to Boston.

But she has yet to see a single award from a hotel chain.

“I’m not a fan of loyalty programs,” said Ms. Gifford, who works at Cove.is, a workspace provider. Instead, she books hotels on Priceline about two weeks in advance. She typically chooses an area within a 15-minute walk of her meetings and pays around $100 per night with tax. She has never stayed twice in the same hotel.

She created this approach when new colleagues traveled to Washington for training. They stayed at the Dupont Circle Hotel for a week, then moved to the Palomar Hotel for another week before spending several weeks at an Airbnb property.

“This is a delicate time of transition,” said Christopher K. Anderson, faculty member at the Cornell University School of Hotel Administration. The industry, he said, is embracing new technologies, but at the same time hotels are very competitive in attracting customers.

It’s not always easy to convince them.

In a closely watched decision, the Justice Department declined to challenge Expedia’s acquisition of Orbitz last September, saying it was “not likely to materially lessen competition or harm U.S. consumers.”

The Expedia umbrella already included the booking sites Hotels.com, Hotwire.com, Trivago.com and Travelocity.com. Customers who use them generally do not accumulate loyalty points and the sites charge commissions to hotels for all bookings.

“The world of digital sales is more complex for hoteliers,” Anderson said, adding that companies like TripAdvisor with its instant booking service and Google are moving to models that resemble online travel agencies.

The shift to third-party sites has proven difficult for hotel chains to ignore. In June, TripAdvisor announced an agreement with Marriott that allows travelers who search for hotel rooms on its site to book directly at any of Marriott’s 4,200 properties worldwide without leaving the website.

TripAdvisor said more recently that it had added partnerships with the Priceline Group to include its Booking.com brand, with 840,000 properties worldwide. The site has also signed up other hotel partners, including Wyndham Worldwide, Hyatt Hotels and Carlson Rezidor Hotel Group, not all of which offer rewards points through TripAdvisor.

“Google sees a lot of money being made in the booking funnel,” said Douglas Quinby, vice president of research at Phocuswright, a travel industry research firm. Priceline and Expedia do a lot of advertising through the Google service.

Hotel chains have their own booking site called Room Key, which has 73,000 properties worldwide across 100 brands. It was launched in 2012 by six hotel companies: Choice, Hilton, Hyatt, Marriott, Intercontinental Hotel Group and Wyndham.

A customer who buys from one of the founding companies’ websites, but chooses not to book on that site, will be directed to Room Key and still receive the lower price, Sickel said.

Still, some believe that booking directly with a hotel is a prudent strategy. Marc A. Hoffman, chief operating officer of Sunstone Hotel Investors, is one of them. “You get much more positive service booking direct,” he said, including loyalty points, specific room types and views.

Scott Shugrue agrees with this, but only to a point. He is based in Boston and is a product manager at Liquid, a mobile advertising subsidiary of Publishers Clearing House. He estimates that he travels 30% of the time for business.

He said he belongs to Hilton and Marriott’s loyalty programs and gets room upgrades and additional perks if available, but choosing to stay at one of their hotels is not an automatic decision.

“What matters is the price, where the meetings are, what I do the next day,” he said. In late December, for example, he said he opted for a boutique hotel in Manhattan for meetings and a chain hotel on Long Island for a company party.

Despite all the possibilities offered by online booking, having hotel loyalty status is sometimes a necessity, as discovered by A. Blayne Candy, co-founder of Showcall, an event production company in Washington.

He had a last-minute business trip to San Francisco in early January and “availability sucked,” he said. Thanks to the Starwood loyalty program, he was able to reserve a room.

“Hotels want to own you as a guest,” said Steven Carvell, associate dean for academic affairs at Cornell’s School of Hotel Administration.

MakeMyTrip aims to dominate half of the online hotel booking space