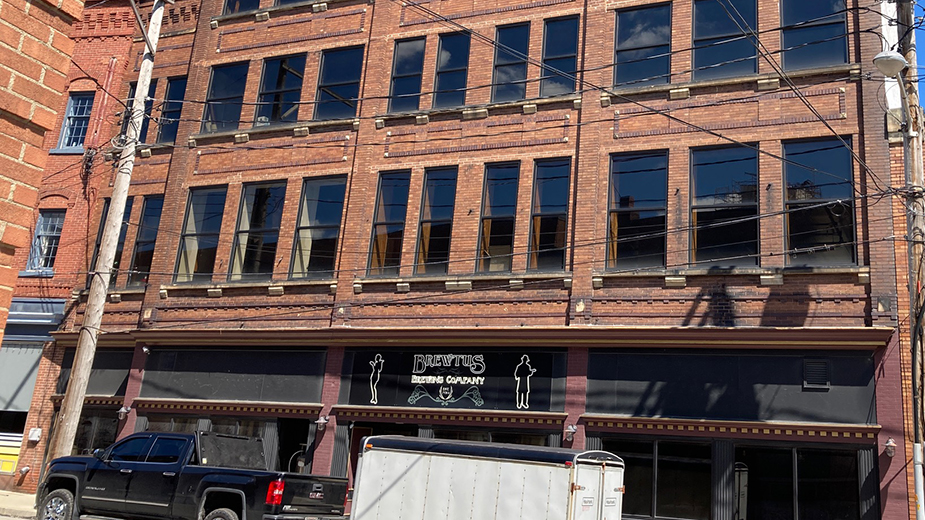 SHARON, Pa. – Walt Novosel, owner of Nova Destinations, has unveiled his plan to transform a vacant building on downtown Chestnut Street into a nightlife, dining and entertainment hub.

The project would include event space, escape rooms and a boutique hotel in the four-story structure located at 23 Chestnut St., just off State Street. The building (pictured above) once housed Brewtus Brewing Co.

Sharon City Council awarded Novosel $150,000 in US bailout funds for the project. He estimates that the first phase will cost $1.2 million.

The plan would turn the building, which is owned by Jim Landino, into a year-round entertainment complex and bring the vacant building back into use. The project has already been approved by the city.

“I told them I wouldn’t just open another restaurant,” Novosel said. “It will be an experience, a destination.”

Work on the first phase is expected to start before the end of the year and open early next year. The remaining two phases would begin at intervals of about six months after the start of the first, Novosel said.

Novosel said he wanted to grow into a more year-round business.

“Nova Cellars has a walking trail and it was awesome. But it’s a very outdoor venue and can only be used in good weather,” Novosel said. “We talked about planning more indoor businesses.”

He started looking for properties in downtown Sharon several years ago because his family had a connection to the town in the past.

Novosel’s grandfather, Walt Novosel, had established Walt’s Inn in Sharon in the 1970s, and one of his uncles owned Billy’s Black and Gold Tavern for years.

He knew he had found what he was looking for in the building on Chestnut Street. “It’s beautiful,” he said.

The first phase of the project will create a speakeasy-style bar in the basement, a tiki bar on the back patio and a traditional pub with an Irish-English atmosphere on the first floor, Novosel said. The pub will be open for lunch and dinner seven days a week

“The speakeasy will have a certain exclusivity,” he said. “It will not be announced.”

The second floor will be converted into an events center and also used for comedy shows, dinner theaters and similar entertainment.

Phases two and three would use upper floor space in adjacent buildings, which are interconnected with the Chestnut Street building, and also owned by Landino.

The second phase would consist of an upscale rooftop wine and cocktail bar with a gourmet restaurant. Escape rooms and an ax throwing area are also planned.

The third phase would be a 20-room boutique hotel.

“Everything is symbiotic,” Novosel said. “It will work together as a weekend destination, something you would find in a big city.”

The City of Sharon awarded a total of $1.3 million in its first round of ARP funding this month.
Receiving funding in addition to Nova are:

Carl Sizer, Deputy Chairman of Sharon City Council, expressed enthusiasm for the projects.
“The city’s goal is to invest in projects and initiatives that align with the long-term goal of improving the downtown core and surrounding areas,” he said in a statement. Press.

“We see things very differently, which is both exciting and stressful, because we want to make sure we stay focused on growing a successful city,” he said. “We want this money to bring lasting change to the town of Sharon.”

Online booking will be temporarily unavailable for Disney’s Aulani Resort