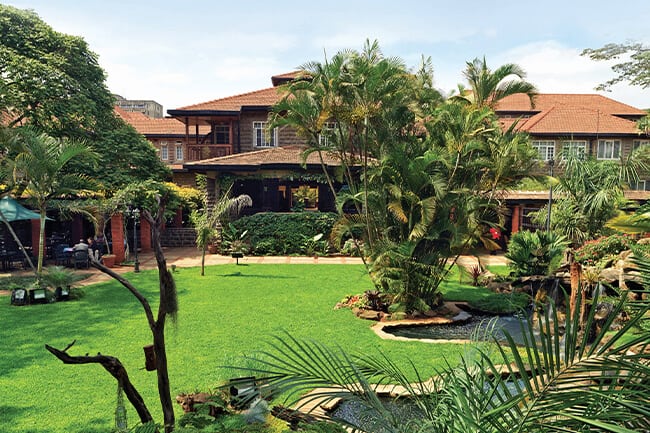 Documents filed with the Comesa Competition Commission show that the hotels will be purchased by Actis and Jamison Valley Holdings indirectly through Ukarimu property funds.

The two acquirers have formed a special purpose vehicle (SPV) listed in Mauritius called Msafiri Limited, which will own Ukarimu.

The documents do not indicate what stake each company will have in the SPV or ownership details of Jamison, registered in the offshore tax haven of the British Virgin Islands.

Jamison does not intend to disclose any additional information, including details of its structure to third parties other than that contained in the Commission’s Notice of Investigation No. 26 of 2021 dated September 16, 2021 “said Sandya Booluck, senior analyst, Mergers and Acquisitions, at the Comesa Competition Commission.

In said notice, Comesa only discloses that Jamison Valley Holdings Limited is a limited company incorporated under the laws of the British Virgin Islands.

The three Kenyan hotels have been put up for sale by their South African owner City Lodge Hotel Group with the aim of leaving East Africa after just seven years in operation.

The company says the East African units were in deficit to the tune of 2 billion shillings at the end of last year.

“The parties have argued that Ukarimu was incorporated by Msafiri Limited (“Msafiri”), a special purpose entity incorporated under the laws of Mauritius, by Actis Hospitality Mauritius Limited. Jamison will, prior to the transaction, acquire shares of Msafiri” , said Ms. Booluck.

Ukarimu Limited and Faraja Limited are property funds under Actis.

The City Lodge Hotel says occupancy levels have been below expectations in Two Rivers, while bookings in the Tanzanian unit have been slow, leaving only Fairview with a robust performance.

The Fairview Hotel has 127 rooms, while the City Lodge Hotel at Two Rivers has 171 and the Town Lodge Upper Hill 84.

The South African owner, however, did not directly refer to the sluggish business to justify the sale of the hotels, which will now leave its operations in South Africa, Botswana, Namibia and Mozambique.

He said the sale was prompted by the need to reduce debt levels and eliminate operating losses.

“City Lodge’s board has previously expressed its desire to dispose of the company’s entire East African hotel portfolio together in order to reduce debt levels within the City Lodge group. , increase the group’s liquidity and eliminate ongoing operating losses,” the company said.

The offer comes at a time when Covid-19 has ravaged the hospitality industry, primarily through hotel closures and booking cancellations.

Last year it plunged into a loss of 3.64 billion shillings (R486.6 million), the first in more than seven years.

“Fiscal 2020 was our toughest year of operation in the group’s 35-year history, primarily due to lockdown protocols,” he said.

The British Virgin Islands, a tax haven, has proven to be one of the most attractive places in the world to establish an offshore business.

Its tax laws have been designed to attract offshore companies, especially those whose true owners want to hide behind the corporate veil using proxies such as accountants and law firms.

Companies operating from secret trusts and foundations in low-tax jurisdictions have recently come to the public’s attention after President Uhuru Kenyatta and his family were cited for secretly owning a network of offshore companies for decades.

The Kenyattas’ offshore investments, including a company with shares and bonds worth $30 million (3.3 billion shillings), were discovered among administrative documents from the archives of 14 law firms and service providers in Panama and the British Virgin Islands (BVI) and other tax havens.

The secret assets were uncovered by an investigation by the International Consortium of Investigative Journalists (ICIJ), Finance Uncovered, Africa Uncensored and other news organisations.

From box office to online booking: why small-town travelers switched to Redbus after the pandemic