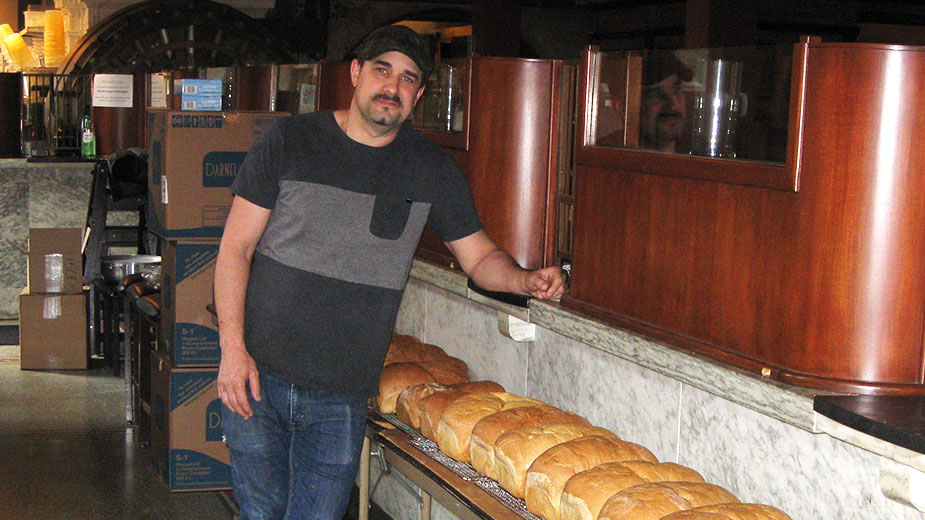 STRUTHERS, Ohio — Selah Restaurant co-owner Brian Palumbo has purchased a long-vacant nearby building and plans to renovate it into an event venue and boutique hotel.

The two-story building at 126 S. Bridge St., downtown, shares a driveway with Selah at 130 S. Bridge St.
Its ground floor would become a dining room that could accommodate up to 100 people. A large door will be installed along its side that would open to the driveway for an indoor-outdoor atmosphere, Palumbo said.

The second floor, already subdivided into four apartments, will be converted into at least four bedrooms or suites. Its target customers would be families of baseball players who traveled to Struthers for tournaments at Cene Park, which is a few blocks away, as well as business people visiting the nearby Astro Shapes factory.

“People might say ‘that’s crazy’ for Struthers, but with the ballparks there are always people coming in and the closest hotels are in Boardman,” Palumbo said. “Plus, Astro Shapes attracts people all the time.”

Palumbo has yet to get a cost estimate for the project, but said the roof would be replaced first, followed by work on the event center.

Selah — a downtown stalwart for 17 years — already has a small second-floor event hall that seats 45 people. The Selah Dessert Theater is also located on the second floor. Jeffrey Chann co-owns Selah with Palumbo.

Selah uses the driveway, which is closed to traffic, for outdoor dining and music on the weekends. The event center in the building next door will provide additional seating for those nights, Palumbo said.

He is also considering installing a retractable cover over the driveway that would allow outdoor dining on rainy nights.

Any renovations would retain the building’s historic look and style, Palumbo said.
The restaurateur, who is also executive director of the Top Hat Theater in Youngstown, has also purchased a second downtown building at 170 S. Bridge St.

The vacant building one block away has three storefronts and sits along the sidewalk. The renovation of the building is already underway. Palumbo estimated the project at $125,000.
He already has two tenants online: a costume shop and a clothing store.

“It won’t be antique shops or flea markets,” Palumbo said. “These were tried in Struthers town center and didn’t work.”

The market for online booking platforms is booming around the world